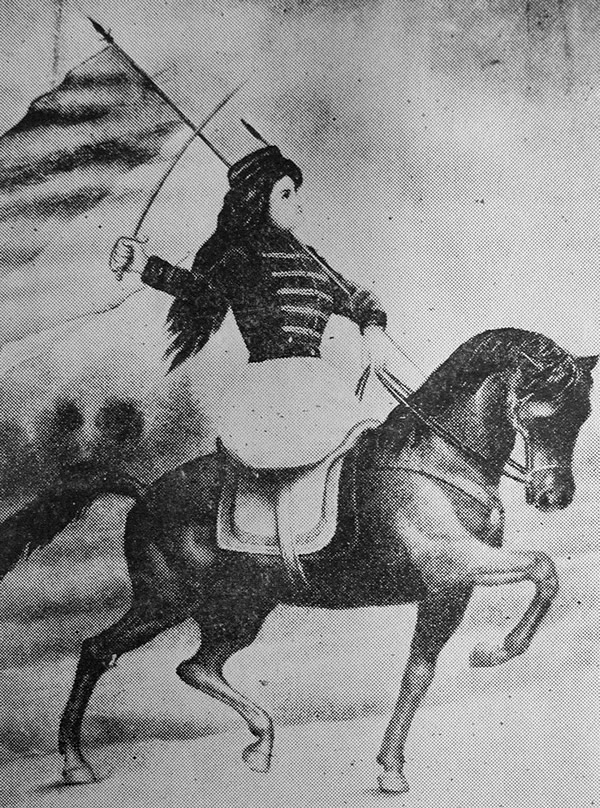 Juana Azurduy de Padilla was a leader of the Bolivian revolution in the 19th century. She fought for freedom from Spain’s rule with such vigor as to attain the rank of Lieutenant Colonel.

This is her story.

According to Professor Catherine Davies on the University of Nottingham’s website, Juana Azurduy was born on March 8th 1781 in Chuquisaca, Upper Peru (modern day Sucre, Bolivia). Other sources give July 12th 1780 as Juana’s birth date.

Juana’s mother was part indigenous and her father was Spanish, making Juana a mestiza. She grew up speaking not only Spanish but two of the local native tongues of Quechua and Aymara as well. After the death of her mother in 1787, Juana spent all of her time with her father, working alongside him and the native laborers learning to shoot, ride horseback, and farm as well as or even better than any of the men. Working so close beside the indigenous people, Juana developed a deep appreciation for them and saw the way the Spaniards cruelly enslaved them; taking and gaining at their expense.

During most of the Spanish Colonial rule, Bolivia was known as Upper Peru. Chuquisaca was an important town as a leading provider of silver from the mines in neighboring Potosi for the Spanish empire, a flourishing agricultural hub, and home to the second oldest university in the America’s; Royal and Pontifical Higher University of San Francisco Xavier of Chuquisaca. It was a town which fed the empire great amounts of produce and precious metals while also nurturing the minds who would study the works of such renowned thinkers and individualists as Voltaire, Jean-Jacques Rousseau, Benjamin Franklin and Thomas Paine, John Locke, Denis Diderot and others, and discuss not only philosophy, but also independence from Spain.

When Juana was twelve her father died. She moved into the Santa Teresa convent where at the age of seventeen she became a nun and spent the next few years serving at the convent.

In 1805 Juana married her childhood friend, Manuel Ascencio Padilla who was a law student at the university and fellow sympathizer of the indigenous people. Not long after the independence struggle against Spain began in 1810, Azurduy and Padilla joined the revolutionary forces, often fighting side by side. Unfortunately, their four sons were killed in these battles.

Azurduy de Padilla fought in approximately twenty-three battles from 1810 to 1817, she was greatly accomplished at recruiting many patriots to join the battle and even led her own cavalry of women known as Amazonas and her own battalion of male soldiers, Los Leales. Until 1816 her husband continued to fight along with her, until he was killed at the battle of La Laguna, the same battle she returned to after giving birth to their daughter. On March 3, 1816 she led a force of 30 cavalry, including a number of Amazonas and defeated the forces of the Spanish general La Hera.

Azurduy de Padilla received an officer’s appointment of Lieutenant Colonel for her part in the 1816 battle of Cerro Rico of Potosi where she led bravely and captured the enemy flag. General Belgrano gave her an officer’s sword to emphasize the gravity of her accomplishments.

She retired to Salta to raise her daughter and returned to Chuquisaca in 1825, the year Bolivia declared its independence from Spain. The government of Salta gave her four mules and 50 pecos for her journey. She lived in Chuquisaca until the age of 82 in 1862 whereupon she was buried in a communal grave.

Azurduy de Padilla’s heroic deeds have been resurrected from obscurity in recent years. Her remains have been moved to a mausoleum in Sucre. In 2015 a 52 foot tall statue erected in her honor in Buenes Aires, in 2009 she was posthumously given the rank of General, Azurduy de Padilla is a national hero in both Argentina and Bolivia where her birthday is celebrated every year, and Sucre’s international airport is named after her.